Louis has helped us during his stay in Prague as a Student Room Flat Ambassador and we asked him to share his Erasmus experience. Here is his adventure in Prague during the latest months. 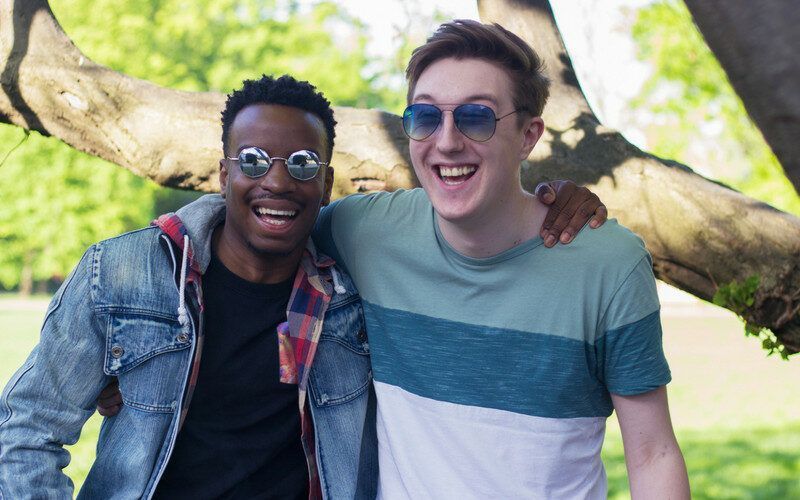 I had known that I wanted to study abroad years before even getting on the plane to come to Prague.  Influenced by my friends and family who had gap years and spent time either living or travelling in foreign countries, who’s adventures I envied. I also really enjoyed visiting new places myself, having been to multiple continents experiencing their lifestyles and cultures. When given the options of where to study abroad, Prague seemed to really stand out for me over some other cities in Europe, and after further research into it, none of the other alternatives even came close.

Living in the Czech Republic: Cheap and great location

I had never visited the Czech Republic, so this was a large reason for wanting to come here, going from never setting foot in the country to living there seemed like an equally daunting and exciting experience. After researching the costs of living, Prague seemed so much better for a student budget than Northern and Western Countries which were primarily offered by Erasmus.

The prime example of this is the price of beer, where the standard whilst out around town is around £1-2 in Prague, compared to Paris, Stockholm, Oslo and Vienna, where it’s not uncommon for the price to be double, or even triple to that seen in the Czech Republic. 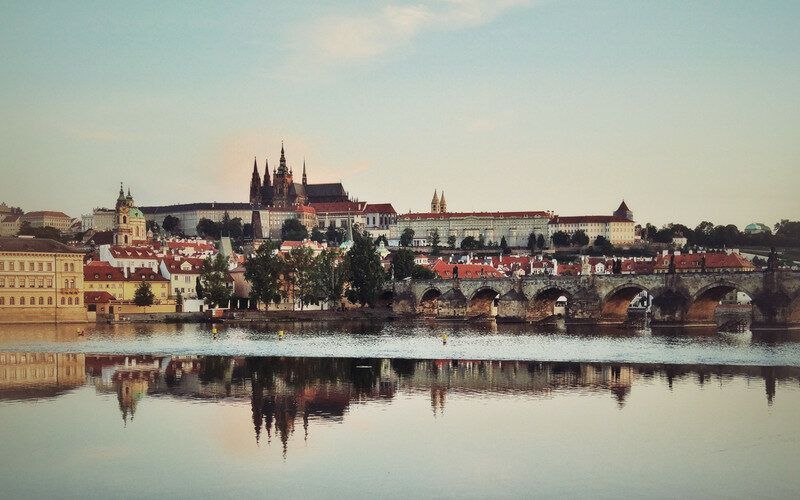 The Czech Republic is situated in a perfect spot, right in the centre of Europe, which is ideal for several reasons. Firstly the climate is superb, the winter months bring thick snow which sets picturesque scenes of the Castle, Vltava, and surrounding parks. Whereas the summer months bring scorching sunshine, which invites you to hike in the countryside or sit in a beer garden, whatever peaks your interest.

The other main advantage of being in the middle of Europe is that the opportunities for travel are vast, with the Czech Republic bordering Germany, Poland, Austria, and Slovakia, all easily accessible by bus, train, car, or plane.

I started my Erasmus in early February, giving myself a week to get to know the layout of the city before my lectures started on the 14th. From leaving the airport my first port of call was public transport and figuring out how it works, luckily I got chatting to a Czech lass who helped me with getting on the right bus and metro to arrive in the town centre. I spent the next couple of nights in an AirBnb near Mustek before moving into the flat I would be spending the next 5 months in.

During my Erasmus experience, the process of moving into my flat was quick and easy, I was given clear directions of how to get there, which in turn made it easy for me to know what tram to get.

The handover of keys and signing the lease was also very smooth and I got a copy of the contract in English to be sure that I could understand the provisions. My time in SRF has been nothing less than brilliant, my flatmates are all super chill and easy to get along with, and we work well as a team, sharing costs for essentials such as cleaning products and cooking essentials. 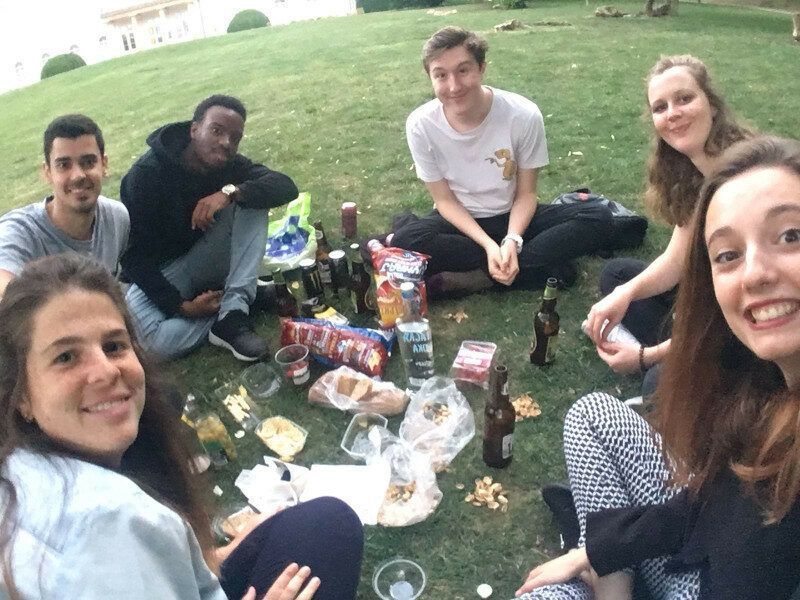 Living in Smichov has also been the best location I could ask for, with transport links at the end of my street offering a 5 minute tram into town, or a 20 minute tram to my Law campus. I’m also within a few streets of a shopping centre, as well as one of the larger parks in Prague – Petrin, which is well worth a stroll around no matter what time of year.

Studying at the Charles University

Erasmus, however, was meant for studying, and Charles University is the perfect place to do so. My law campus was situated in the north of Prague’s main town, right on the riverbank with views of the Metronome.

The university is the oldest in the Czech Republic, and one of the oldest in the world, being founded in 1348. The interior of wooden seating and blackboards give an authentic learning experience, whilst lecturers and professors teach specialised knowledge in a vast array of legal areas. The staff were always happy to help with any queries us students had, and would keep us updated through email on any changes in timetabling, or course materials and readings.

The lectures themselves were entertaining and provided key knowledge for the exams, the lecturers were often keen to involve the class in discussions surrounding controversial topics or key aspects of law. Although I’m happy to finish my exams and not having to worry about revision, I’d be lying if I said I wouldn’t miss the place.

Trips around Europe during my Erasmus Experience

As I mentioned before, opportunities to travel from Prague are plentiful, which I now have some experience in.

I visited Berlin in March via a surprisingly cheap coach, and had a weekend by myself exploring the German capital. My sightseeing was pleasantly interrupted by the vast array of good food and drink that the city had to offer, schnitzel and currywurst were amongst my personal favourites.

Not long after returning from my adventure I found myself booking a train to Vienna, with a connecting bus to Bratislava, and a final route back to Prague a few days later; this time joined by one of my coursemates.

Austria was filled with grandiose architecture, with even the McDonalds putting most other countries finer buildings to shame. The Natural History Museum is a must see, displaying an array of magnificent artifacts produced by mother earth, from dinosaurs to gemstones. 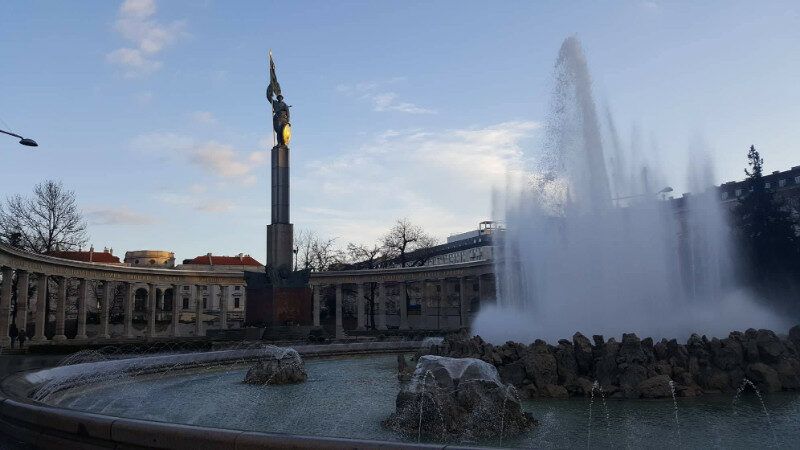 Bratislava smashed any expectations I had before going there, as it was relatively small in comparison to the other European capitals, and most people said it could be easily explored in under a day.

The hostel we stayed in was filled with fantastic people, who we sat playing cards with until the early hours of the morning. The days were spent in the beautiful sunshine exploring the main town and the castles. Devin Castle was off the beaten track yet provided beautiful views over the Danube as well as the surrounding countryside, and offered a nice beer garden after climbing up and down its hilled fortifications to quench your must needed thirst.

Our next adventure of going to what felt every capital we could, saw us and up in Kiev, Ukraine, mainly attracted by the idea of visiting the site of the nuclear disaster in Chernobyl/Pripyat, over 30 years ago. 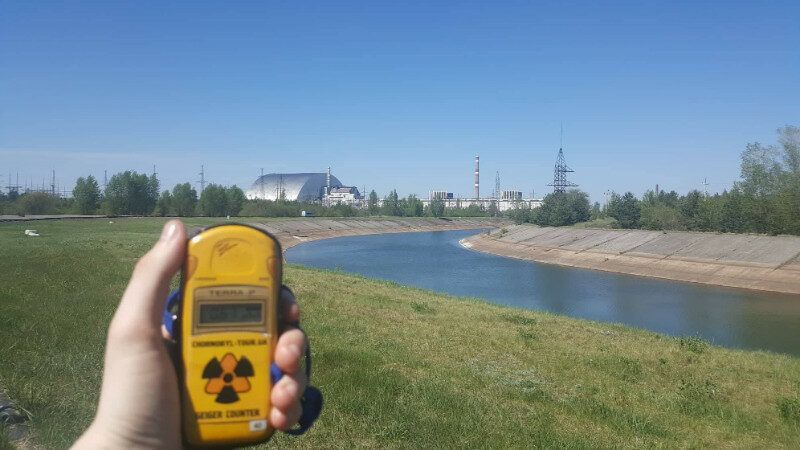 The day trip we booked to the disaster site was phenomenally eye-opening, the eeriness of exploring somewhere so unfit for living was unlike anything I’ve experienced before. Although this was easily the highlight of the trip, the rest of the visit to Kiev was an amazing experience, made better by the spirit of the Ukrainian people.

We often found ourselves in bars drinking and chatting in broken english to the people who worked there, and ate in a secret restaurant built on the foundations of wartime barricades, which also doubled a small museum detailing the cities incredible past. I could sing so much praise for this city, which often gets a bad reputation, however like me, you will be blown away with how much it has to offer if you just see for yourself.

The last 5 months have created memories I will cherish for a lifetime. This has only given me more of an incentive to travel and experience what the world has to offer. I will struggle to forget all the people I have met on my erasmus experience, flatmates, classmates, the Czech people as a whole, have all helped me in my time here and shown me what a fantastic city Prague is, and what a phenomenal experience Erasmus has been. 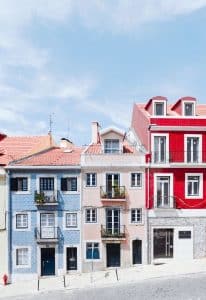 10 Things To Do in Lisbon During Your Erasmus+ 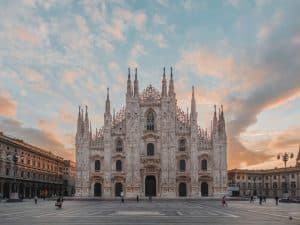 10 Things To Do in Milan During Your Erasmus+ 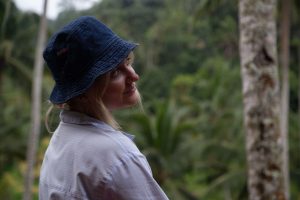 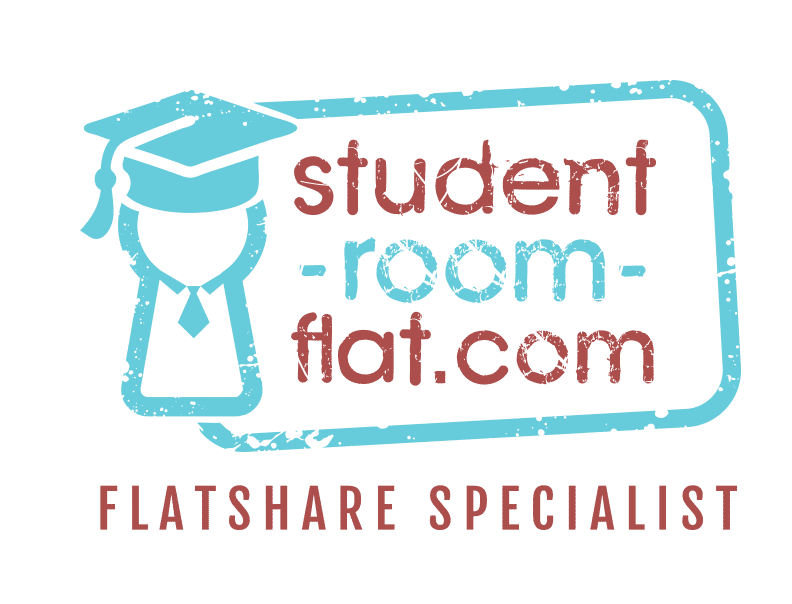